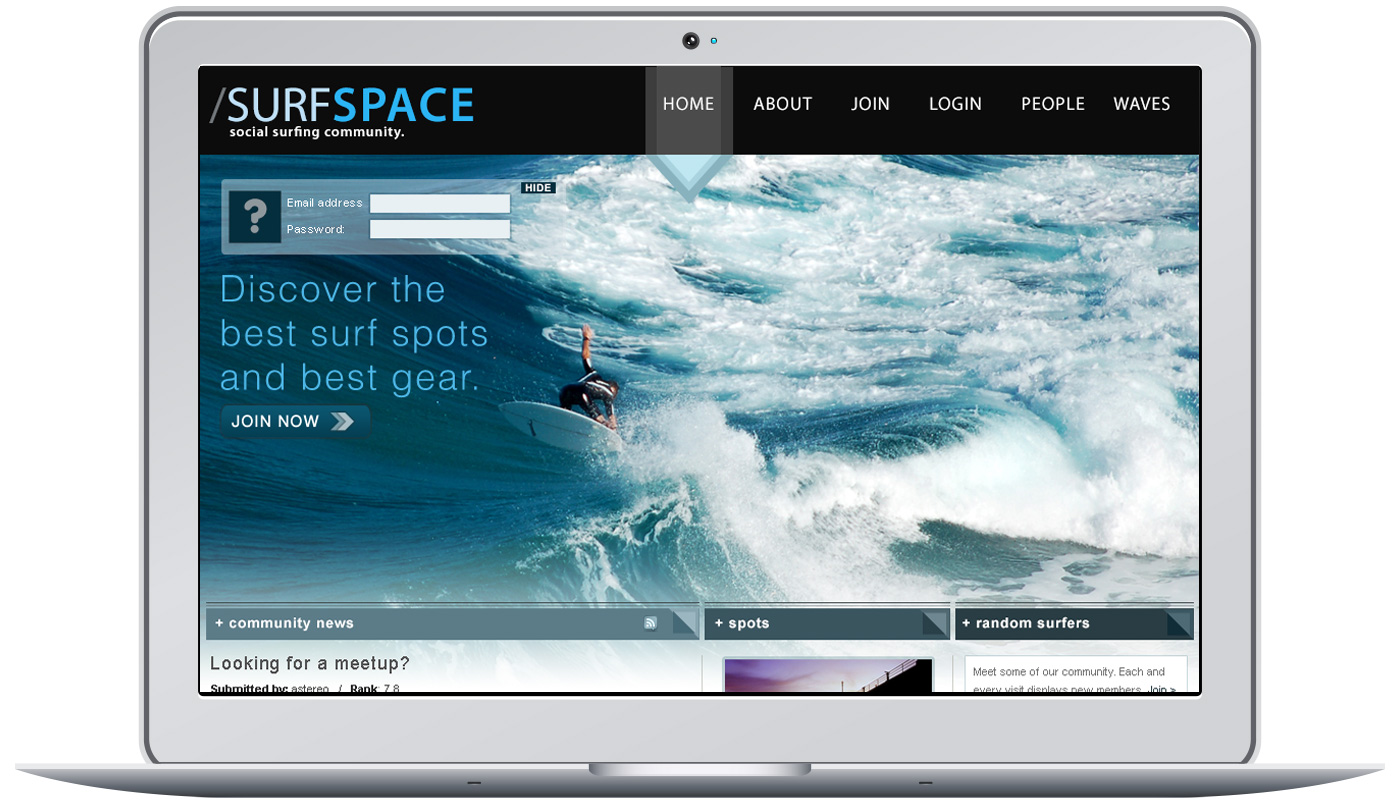 SurfSpace (2008) came out of boredom on a cold winter day. Since the beginning, my work has always been ‘summer inspired’. Being from Rhode Island, the beach is very much a part of my upbringing, and those light and airy color schemes and ocean imagery tend to be staples in my work. While social networks were on the rise along with my Photoshop skills, I spend one day mocking up a fictional social network site for surfers.

SurfSpace is nothing but a concept, but a strong one. Reflecting back on the project now in late 2013, I appreciate the attention to detail I paid throughout the design. I carefully laid out every element and tried to keep the design as minimalistic as possible, while still being engaging. The result is a layer upon layer packed Photoshop file that never saw the light of day on the web.